The sculptures of the months are on the under-surface, beginning at the bottom on the left hand of the spectator as he enters, and following in succession round the archivolt; separated, however, into two groups, at its centre, by a beautiful figure of the youthful Christ, sitting in the midst of a slightly hollowed sphere covered with stars to represent the firmament, and with the attendant sun and moon, set one on each side to rule over the day and over the night.

The months are personified as follows:

1. January, Carrying home a noble tree on his shoulders, the leafage of which nods forwards, and falls nearly to his feet. Superbly cut. This is a rare representation of him. More frequently he is represented as the two-headed Janus, sitting at a table, drinking at one mouth and eating at the other. Sometimes as an old man, warming his feet at a fire, and drinking from a bowl; though this type is generally reserved for February. Spenser, however, gives the same symbol as that on St. Mark’s:

“Numbd with holding all the day
An hatchet keene, with which he felled wood.”

His sign, Aquarius, is obscurely indicated in the archivolt by some wavy lines representing water, unless the figure has been broken away.

2. February. Sitting in a carved chair, warming his bare feet at a blazing fire. Generally, when he is thus represented, there is a pot hung over the fire, from the top of the chimney. Sometimes he is pruning trees, as in Spenser:

“Yet had he by his side
His plough and harnesse fit to till the ground,
And tooles to prune the trees.”

Not unfrequently, in the calendars, this month is represented by a female figure carrying candles, in honor of the Purification of the Virgin. His sign, Pisces, is prominently carved above him.

3. March. Here, as almost always in Italy, a warrior: the Mars of the Latins being of course, in mediæval work, made representative of the military power of the place and period; and thus, at Venice, having the winged Lion painted upon his shield. In Northern work, however, I think March is monly employed in pruning trees; or, at least, he is so when that occupation is left free for him by February’s being engaged with the ceremonies of Candlemas. Sometimes, also, he is reaping a low and scattered kind of grain; and by Spenser, who exactly marks the junction of mediæval and classical feeling, his military and agricultural functions are united, while also, in the Latin manner, he is made the first of the months.

“First sturdy March, with brows full sternly bent,
And armed strongly, rode upon a Ram,
The same which over Hellespontus swam;
Yet in his hand a spade he also bent,
And in a bag all sorts of seeds ysame,97
Which on the earth he strowed as he went.”

His sign, the Ram, is very superbly carved above him in the archivolt.

4. April. Here, carrying a sheep upon his shoulder. A rare representation of him. In Northern work he is almost universally gathering flowers, or holding them triumphantly in each hand. The Spenserian mingling of this mediæval image with that of his being wet with showers, and wanton with love, by turning his zodiacal sign, Taurus, into the bull of Europa, is altogether exquisite.

“Upon a Bull he rode, the same which led
Europa floting through the Argolick fluds:
His horns were gilden all with golden studs,
And garnished with garlonds goodly dight
Of all the fairest flowres and freshest buds
Which th’ earth brings forth; and wet he seemed in sight
With waves, through which he waded for his love’s delight.”

5. May is seated, while two young maidens crown him with flowers. A very unusual representation, even in Italy; where, as in the North, he is almost always riding out hunting or hawking, sometimes playing on a musical instrument. In Spenser, this month is personified as “the fayrest mayd on ground,” borne on the shoulders of the Twins. Is this archivolt there are only two heads to represent the zodiacal sign.

The summer and autumnal months are always represented in a series of agricultural occupations, which, of course, vary with the locality in which they occur; but generally in their order only. Thus, if June is mowing, July is reaping; if July is mowing, August is reaping; and so on. I shall give a parallel view of some of these varieties presently; but, meantime, we had better follow the St Mark’s series, as it is peculiar in some respects.

6. June. Reaping. The corn and sickle sculptured with singular care and precision, in bold relief, and the zodiacal sign, the Crab, above, also worked with great spirit. Spenser puts plough irons into his hand. Sometimes he is sheep-shearing; and, in English and northern French manuscripts, carrying a kind of fagot or barrel, of the meaning of which I am not certain.

7. July. Mowing. A very interesting piece of sculpture, owing to the care with which the flowers are wrought out among the long grass. I do not remember ever finding July but either reaping or mowing. Spenser works him hard, and puts him to both labors:

“Behinde his backe a sithe, and by his side
Under his belt he bore a sickle circling wide.”

8. August. Peculiarly represented in this archivolt, sitting in a chair, with his head upon his hand, as if asleep; the Virgin (the zodiacal sign) above him, lifting up her hand. This appears to be a peculiarly Italian version of the proper employment of August. In Northern countries he is generally threshing, or gathering grapes. Spenser merely clothes him with gold, and makes him lead forth

“the righteous Virgin, which of old
Lived here on earth, and plenty made abound.”

9. September. Bearing home grapes in a basket. Almost always sowing, in Northern work. By Spenser, with his usual exquisite ingenuity, employed in gathering in the general harvest, and portioning it out with the Scales, his zodiacal sign.

10. October. Wearing a conical hat, and digging busily with a long spade. In Northern work he is sometimes a vintager, sometimes beating the acorns out of an oak to feed swine. When September is vintaging, October is generally sowing. Spenser employs him in the harvest both of vine and olive.

11. November. Seems to be catching small birds in a net. I do not remember him so employed elsewhere. He is nearly always killing pigs; sometimes beating the oak for them; with Spenser, fatting them.

12. December. Killing swine. It is hardly ever that this employment is not given to one or other of the terminal months of the year. If not so engaged, December is usually putting new loaves into the oven; sometimes killing oxen. Spenser properly makes him feasting and drinking instead of January. (1) 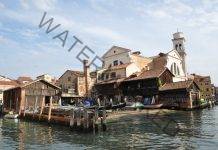 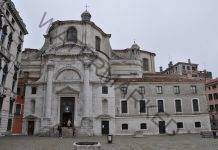 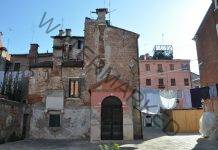